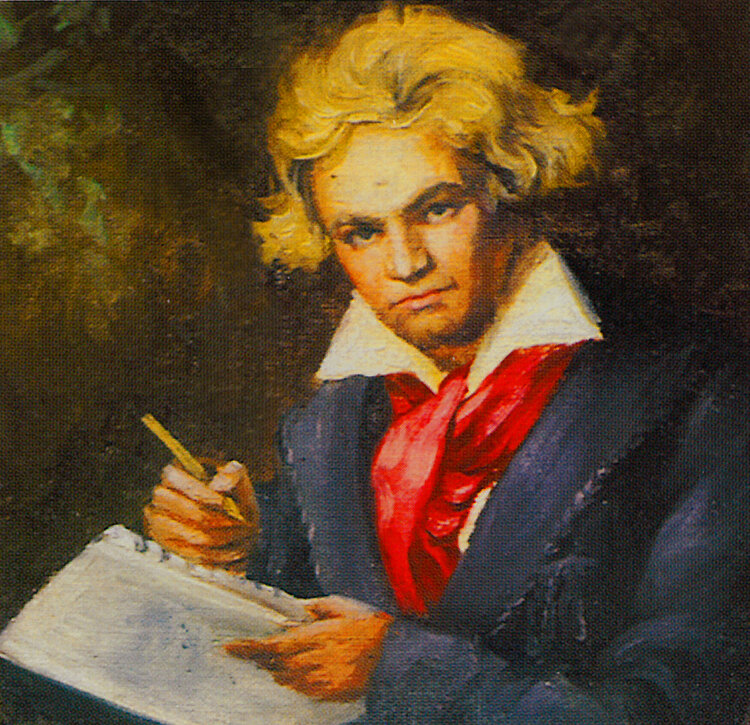 In the final, traumatic decade of his life, Ludwig van Beethoven grappled with a host of problems: his increasing deafness, on-and-off financial troubles, and a growing list of health ailments.

But none of these seemed to occupy his time like the series of bitter court battles he waged with the widow of his brother over the custody of his nephew, Karl. Beethoven’s fixation on Karl — and his hatred for his mother, Johanna — left many bad feelings to go around. And emotional toll aside, it’s a wonder that Beethoven had much inclination for composing during his later years.

Nevertheless, Beethoven’s creative powers were anything but diminished. The years 1818 to 1827 yielded several of his most expansive and visionary works including the “Hammerklavier” Sonata, Op. 106, the Missa solemnis, the Diabelli Variations, and the Ninth Symphony, whose “Ode to Joy” has forever made him a champion of universal brotherhood.

As the 250th anniversary of the composer’s birth is celebrated in 2020 — including with a new, 90-disc Complete Beethoven Edition box set from Naxos — we consider how family difficulties shaped his outlook, temperament and music itself.

The contradictory aspects of Beethoven’s personality — short-tempered then conciliatory, melancholic then high-spirited — may be traced in part to his upbringing in Bonn. His father, Johann van Beethoven, was a court musician and harsh disciplinarian who gave Ludwig his first music lessons and later suffered from alcoholism. His mother, Maria Magdalena, was a dour, earnest woman who gave birth to seven children, four of whom died in infancy. Besides Ludwig, the only ones to survive childhood were his younger brothers Nikolaus Johann and Caspar Carl, both of whom are known by their middle names. 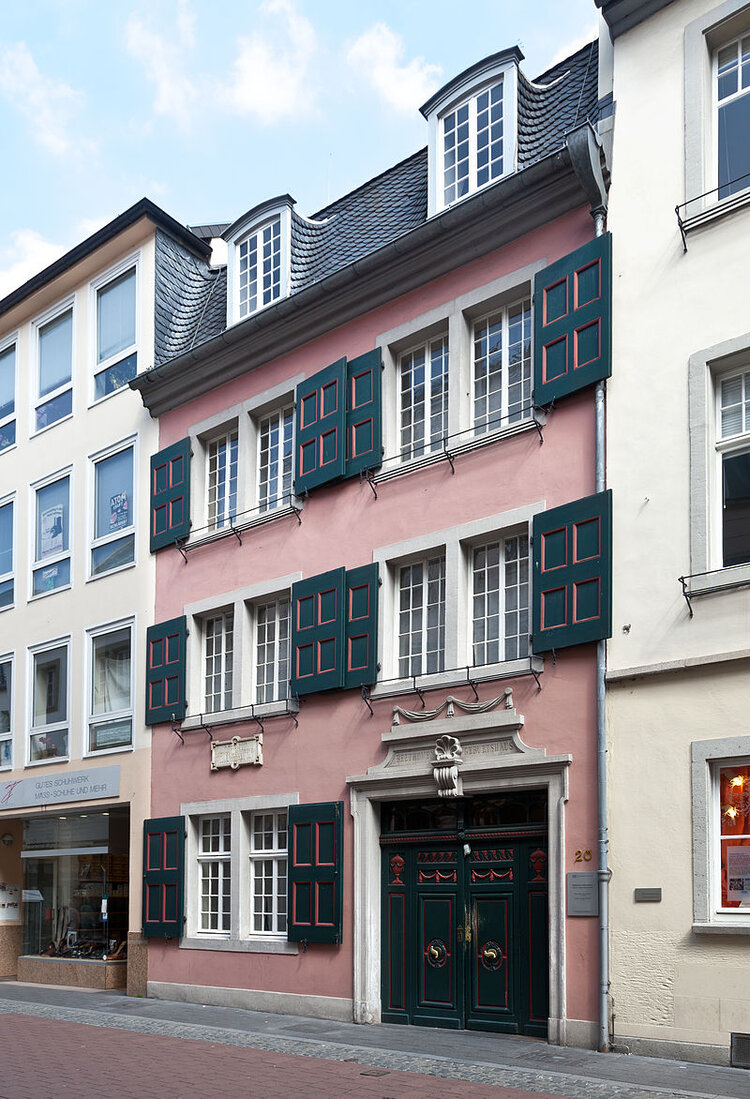 If there was one family member who loomed large in Ludwig’s life, it was Caspar Carl, a pushy and tightfisted man whom the pianist Carl Czerny once characterized as “small of stature, red-haired, ugly.” Biographer Jan Swafford, writing in Beethoven: Anguish and Triumph, described Carl as a “slowly unfolding disaster.”

At age 20, Carl followed Ludwig to Vienna and found work as a clerk in the city’s department of finance. This left him time to work as his brother’s agent and secretary, and he became increasingly enterprising in his efforts to earn money for the two of them. Carl increased the prices of Beethoven’s works, stoked an interest in arrangements, and sold numerous early, unpublished works. Yet as Swafford writes, “Carl had the family impatience and quick temper, with little of Ludwig’s intelligence and still less of his talent.”

Music publishers dreaded negotiations with Carl. Beethoven’s student Ferdinand Ries called him a “terribly coarse man,” noting that “for the sake of a single ducat, Carl breaks 50 promises, and as a result makes bitter enemies for his brother.” When Breitkopf & Härtel offered Carl 500 florins for Beethoven’s Symphonies Nos. 2 and 3, he turned down the offer and made a curious threat: “You may regret it in the future, because these symphonies are either the worst that my brother has written or the best.”

In 1802, Ludwig retired to Heiligenstadt, a small town north of Vienna, in an attempt to slow his encroaching deafness. During his stay he penned the Heiligenstadt Testament, an unsent letter to his brothers describing his torment. He also agreed to compose the three Sonatas, Opus 31 Nos. 1-3 for the Zurich publisher Nägeli. Meanwhile, Carl planned to sell the sonatas to Leipzig publisher, evidently for a higher fee. When the composer resisted and stood by his original agreement, it caused such friction that the brothers were seen slugging it out on a street in Heiligenstadt. Ries chronicled the “violent” episode, adding, “Next day he gave me the sonatas, to send them immediately to Zurich.”

Over time, friends and colleagues warned Ludwig that Carl was undermining his reputation. Still, Carl’s legacy is not an entirely disruptive one. The Piano Sonatas Op. 49, Nos. 1 and 2 (1805) are among several pieces that might have been lost or destroyed had Carl not rummaged through his brother’s manuscripts and, against his wishes, sent them to a publisher. In 1812, Carl first became ill with tuberculosis. His health declined and a family rift emerged that would consume Ludwig through the rest of his years.

The much-maligned Johanna Reiss was the daughter of prosperous Viennese upholsterer. In 1811, she was convicted of embezzlement and slander after she faked a burglary in her home and blamed the family’s housekeeper. Before marrying Carl, she had an illegitimate child, then claimed alimony from the wrong man. Beethoven had little use for Johanna, whether feeling that she was undeserving of the family name, or out of jealousy for his brother’s marital success.

Carl died of tuberculosis in November 1815 at the age of 38. Two days before his death he wrote out his will, which designated Johanna and Ludwig as joint guardians of his nine-year-old son, Karl. But Ludwig happened to see a copy of the document and convinced Carl to cross out this clause and appoint him sole guardian. After Ludwig left his brother’s house, however, Carl, likely under pressure from Johanna, added a codicil that reinstated her as co-guardian. 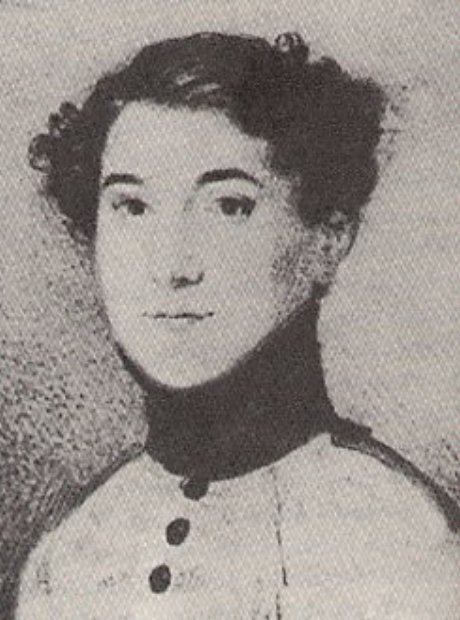 Beethoven seized on the ambiguity over Carl’s intentions to claim sole guardianship over Karl. At first he succeeded in the courts and placed the boy in Giannatasio del Rio, a Vienna boarding school. He forbade him to see Johanna. But Johanna, now living off Carl’s pension and a modest inheritance, would not be deterred in her efforts to visit her son, even disguising herself as a chimney sweep in order to enter the school.

Biographer Maynard Salomon notes that there was “a pathological and irrational component in Beethoven’s love for his nephew and in his exaggerated charges against Johanna.” Other historians have offered varying theories about Beethoven’s motives and the saga even produced a film, the 1988 “Beethoven's Nephew,” which suggested an unsubstantiated theory about a homosexual relationship. More likely, Beethoven acted out of a frustrated desire for fatherhood and companionship.

In 1820, as the guardianship case was appealed to a Vienna court, Beethoven composed “Abendlied unterm gestirnten Himmel” (Evening Song Under the Starry Sky), a song about leaving behind earthly cares, where “false fortune rewards the evil” and placing one’s hopes on a higher deity. “It is extraordinary how closely the text mirrors Beethoven’s personal situation at the time,” writes Barry Cooper in his biography of the composer. “Its echoes of his own feelings must have struck him forcefully, and his setting is certainly one of his most poignant.”

Karl lived unhappily with Uncle Ludwig for a period before entering the University of Vienna in 1824. After years of being caught between his mother and uncle, in 1826, Karl bought a pistol and attempted suicide. A bullet just grazed his temple. After recovering, Karl joined the army. He left as a second lieutenant in 1832, the year of his marriage to Caroline Naske. They had five children and lived on money he inherited from uncles Ludwig and Johann van Beethoven. 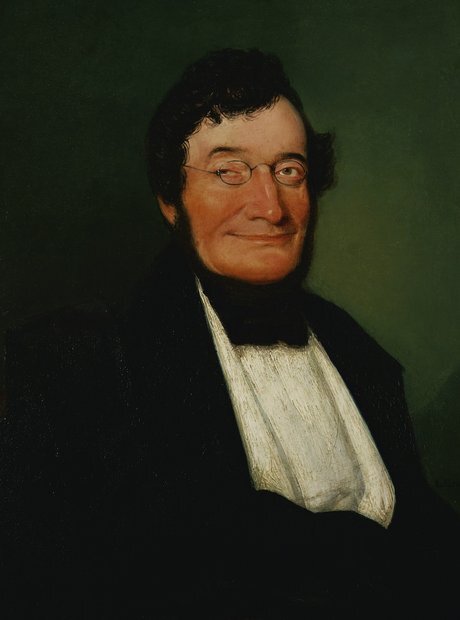 In contrast to Carl, Johann, the youngest of the Beethoven brothers, was a pillar of stability. According to Swafford, he was “tall, dandyish, not bad-looking despite uneven features, even-tempered if not notably bright, and he had no particular interest in music.” After training as a pharmacist, in 1795 he joined his elder brothers in Vienna and worked as an assistant at an apothecary.

Ludwig could be patronizing towards Johann, boasting of his financial prospects and assuring him that “I trust that I shall be able to contribute to your happiness.” Johann didn’t need Ludwig’s handouts. In 1809, he bought a pharmacy in Linz, Austria. He then purchased a castle, the Schloss Wasserhof in Gneixendorf (today an Airbnb), and signed a letter to Ludwig "From your brother Johann, landowner.” Ludwig signed his reply, "From your brother Ludwig, brain owner.”

Whatever tensions existed, Ludwig and Johann remained close, and brought out the best in one another. In 1826, the composer stayed at Johann’s estate and wrote the finale to his String Quartet Opus 130. He sent the manuscript to his publisher that November. Back in his shabby Vienna apartment, on March 26, 1827, Ludwig van Beethoven died, according to one vivid account, during a violent thunderstorm.

Are Beethoven’s family struggles essential to our understanding of his musical genius? Perhaps not. However, they provide another piece of the puzzle in our understanding of this contradictory and unflinchingly honest figure who left such an indelible mark on our musical culture.